Verb Valency in Listening Comprehension Practice of the TOEFL Test

This article is about verb valences which discuss the link of elements in language. It is the relationship between verbs and elements or constituents around them in their capacity as basic constituents of building sentences. The basic constituents include the transitivity and verb assignment to the surrounding arguments so that there are one-valent (monovalency), two-valent (bivalency) and even three-valent (trivalency) forms found. The data analysis method used is a referential equivalent method with the basic technique of powering it to differentiate referents. The basic technique used is the technique of determining the determinant elements by powering them to differentiate the referents. This technique is used to sort or classify the valency structure of verbs in the matter of Listening Comprehension practice of the TOEFL test. The source of data is from The Complete Guide to the TOEFL Test written by Bruce Rogers. As the result, there are verb with one, two and three valences. A mono-valent verb in a sentence or clause is a verb form which is only compounded with one dependent element and is the subject of that clause. The verbs with two valences are also found in the exercise. The verbs that can bind two arguments at once and usually the argument is the subject and grammatical object of the sentence, and both must be attached simultaneously. A three-valent verb appears in a sentence or clause that has a syntactic / periphrasis causative construction. 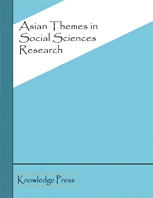